“As an artist, to have a chance to have grown up in the countryside and to have such type of landscape to explore was an opportunity for me. It remains my source of inspiration”.  Mezgebu Tessema’s work is known for its details and naturalistic expressionist style.

Mezgebu Tessema was born in 1960 at Enewary Town, Northern Showa Administrative Region of Ethiopia.  Following his graduation at the Alle School of Fine Arts and Design of Addis Ababa University, Tessema served as art instructor in the same school for a year. In 1981, he won a scholarship for further studies at the Ilya Efimovitch Repin Leningrad Institute of Painting, Sculpture & Architecture, Russia where he earned received his Master in Fine Arts degree.  Tessema returned to Ethiopia and became an art instructor in Painting and Drawing. He served a seven-year stint (1996-2003) as Head of the Painting Department, and in 2000 became a lecturer. At the invitation of The Japan Foundation to the ‘African Art Symposium 2001’, he engaged in a tour of Japan as a ‘source person’ for study programs in Tokyo-Yokohama, Kyoto and Hiroshima. 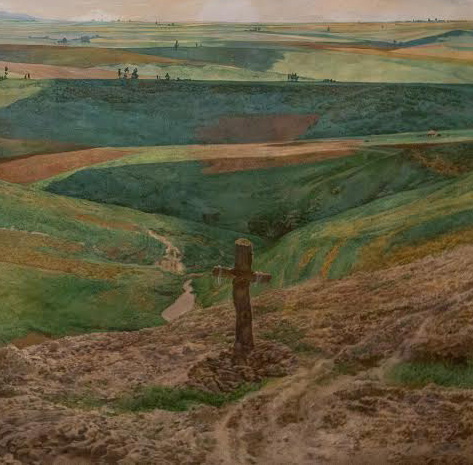 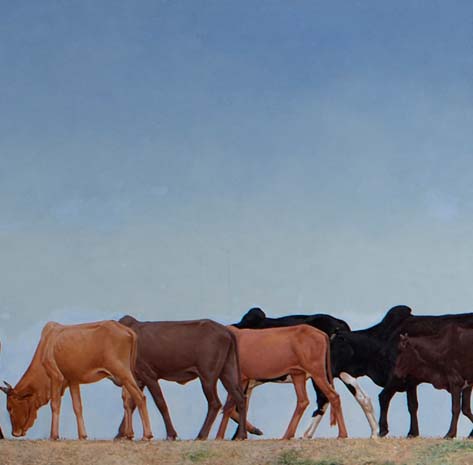 Painting has been SOLDSOLD
SABA ALENE
"For me, art is a light for my soul."

Tessema’s works have been featured in solo and group exhibitions at the National Museum, Alliance Ethio-Francaise Cultural Institute, among others in Ethiopia.  His work has exhibited globally to include Russia, China, Germany and in the United States.  Tessema’s work has been covered by several national magazines and newspapers and his work is considered to be at the forefront of Ethiopian art.

St. George Gallery has exhibited Mezgebu Tessema’s work since 1995 and is part of the Gallery’s permanent exhibition.